(We do NOT write bonds for incarceration) 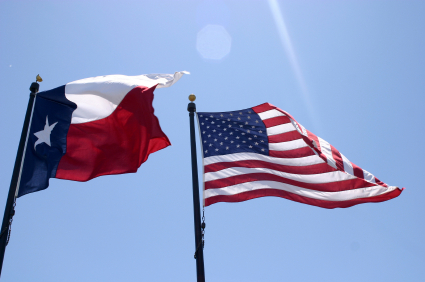 Cyndi has been working in the surety business for over 35 years. She earned a Bachelors degree from The University of Texas – Arlington, majoring in Business and Management, graduating in December of 1975. After a career in human resources at a Dallas based commercial construction firm, and at the urging of her father and founder of the agency, Choyce Robertson, Cyndi obtained her licensing in 1979 and began her work for what was then Choyce Robertson Insurance.

When Choyce decided it was time to retire, Cyndi bought the agency from her father, rebranding it as CPI Bonding Company, PC. The agency has always maintained the maxim that it is indeed a family business. Her dedication to detail and her willingness to be an advocate for the agency’s clients, paired with a heart that is made for helping those in need, allows CPI to flourish and continue to be successful nearing its 50th year in business.

In her time away from CPI, Cyndi is dedicated to the enrichment of her family. Whether that means spending time with her four grandchildren, or her 2 grand-nephews, or hosting the family for holidays and other celebrations, Cyndi lives out the family motto: “Family is Everything.” She hosts a Christian book club called Ladies in Literature, and is an avid reader. Other hobbies include gardening, spending time in her kitchen, and various musical pursuits, as well as being a master Mexican Train and Progressive Rummy player. She is a member of Hillcrest Baptist Church in Cedar Hill, TX, where she has lived since 2003.

Jared came to work full time for CPI in July of 2009. He attended Texas A&M University – Corpus Christi, where he played basketball, from 2003-07, transferring in 2007 to Dallas Baptist University. He says that this was a move that saved his life, and he earned a degree from DBU, graduating in 2009 with a degree in Communications-Marketing. While attending DBU, Jared was employed full-time by the university, in the Physical Operations Department.

Upon leaving DBU, he began his employment with CPI. Since 2009, he has been a full time employee of CPI, and continues to grow and learn the family business, which would make his grandfather, Choyce Robertson, proud.

In his time away from CPI, Jared sings with The Vocal Majority, a Dallas-based world-renowned men’s barbershop chorus. In 2014, he earned his first International Gold Medal with the chorus, making him a bona fide world champion. His other hobbies include writing music and poetry, scriptwriting, and fishing any body of water he can access, as well as the hobby he loves the most, being an uncle. His educational hobbies include an appetite for literature, which he indulges by reading the works of American and British poets, playwrights, and modern authors, as well as any book on naval or maritime history. He also enjoys playing the piano and the guitar. He is a resident of Cedar Hill, TX, and is a member of Hillcrest Baptist Church.

Call us!  We are located less than 20 minutes south of the downtown Dallas courthouse in Cedar Hill.